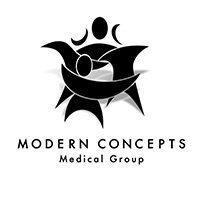 Most people take about 7-10 days to recover from a common cold. The Modern Concepts Medical Group treats countless patients with the common cold and helps them find fast, effective relief. With offices in Pasadena, Boyle Heights, and Montebello, California, Modern Concepts Medical Group is dedicated to providing attentive care and a range of treatments to combat viral infections. Call or book online to learn more.

What is a common cold?

A cold is one of the most common illnesses caused by tiny, living organisms called viruses. There are well over 200 viruses, but the most common is the rhinovirus, which many experts believe is responsible for around half of colds.

Other viruses that cause the common cold include parainfluenza, influenza, respiratory syncytial virus, and coronavirus. The most common signs and symptoms of a cold are:

How does a common cold start?

A common cold can be passed from person to person by direct physical contact. It can also be transferred by touching a contaminated surface.

For example, if someone with the infection touches a doorknob, it can become contaminated, and if another person who isn’t infected touches the same doorknob before touching their nose or mouth, they’re likely to become infected as well.

You can also catch a cold when an infected person coughs or sneezes and infected droplets are released into the air around where you breathe.

A cold usually starts when a virus attaches to the lining of your throat or nose. Your immune system is your body’s protection and defense against germs and sends white blood cells in response. Your throat and nose can also become inflamed and create a lot of mucus.

You’re likely to feel drained and tired as much of your body’s limited energy supply is spent on fighting the infection and sending out white blood cells.

What are the treatments for a common cold?

Many treatments for a common cold are centered on reducing symptoms as your body fights the infection. Some of the treatments include:

There are other home remedies you could try to help to relieve your symptoms and speed up your recovery, including:

If you believe you’re dealing with a common cold, let the Modern Concepts Medical Group help to relieve cold symptoms and get you feeling better, quicker. Call or schedule your appointment online.